View cart “Ladies Irish Hat – Purple Herringbone” has been added to your cart. 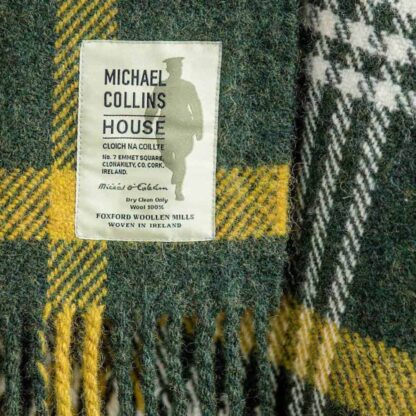 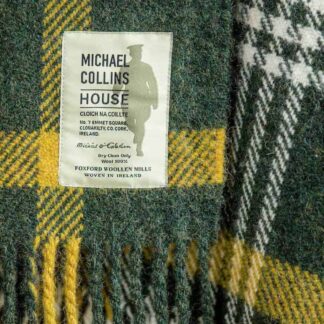 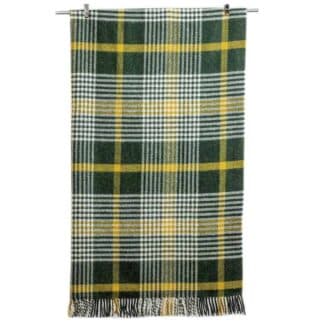 In early 1922, Foxford Woollen Mills presented a specially commissioned Travel Blanket to General Michael Collins to mark his appointment to Commander in Chief of the newly established Irish Army.  The blanket was in his armoured car at the ambush at Béal Na Bláth in August 1922.  It was recovered at Shanakiel Hospital by Nurse Nora O’Donaghue and later donated to the National Museum of Ireland.

Foxford Woollen Mills have been granted permission to reproduce the blanket in conjunction with the Michael Collins House, Clonakilty, Co. Cork.  This is a rare and patriotic Irish Wool Throw.

The blanket is in olive, gold and white in a Melange yarn, using a traditional Foxford check.  A vintage 4 ply yarn was used for the weaving similar to the quality wool used in the early part of the last century resulting in a very warm sturdy blanket.